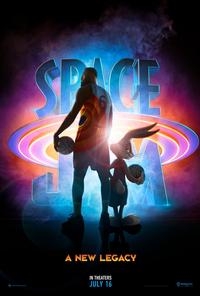 PG
With the help of Bugs Bunny and the Looney Tunes, NBA superstar LeBron James must rescue his missing son by navigating through films in the Warner Bros. catalogue as they challenge against the villainous Al-G's plot to win a basketball game against his team of mates, which will be seen by the entire world.

RATING REASON: for some cartoon violence and some language min
About Film Ratings